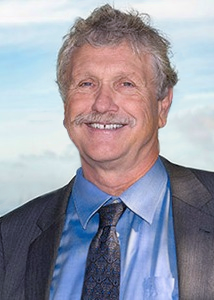 Dr. Brendan P. Kelly is a senior fellow with the Center for the Blue Economy at the Middlebury Institute of International Studies (MIIS). He also serves as executive director of the Study of Environmental Arctic Change (Search) and professor of Marine Biology at the International Arctic Research Center, University of Alaska Fairbanks. A marine ecologist with a focus on sea ice environments, he has participated in and led collaborative research in the North Pacific Ocean, Arctic Ocean, Sea of Okhotsk, Baltic Sea, and Antarctica. He has served as Deputy Director for Arctic Sciences, National Science Foundation; Assistant Director for Polar Science in the White House Office of Science and Technology Policy; Chief Scientist for the Monterey Bay Aquarium; and as a science adviser to indigenous organizations in Alaska. Currently, he serves on the National Academy of Sciences’ Polar Research Board and as a member of the Position Statement Committee of the American Geophysical Union. Dr. Kelly received degrees in Biology from the University of California Santa Cruz (BA), the University of Alaska Fairbanks (MS), and Purdue University (PhD).

My current work brings together threads from a career that included a head-down phase, a head-up phase, and a head-forward phase. The head-down period involved a few decades studying Arctic marine ecosystems. A convergence of events (e.g., the unbidden appearance of a climate signal in my data sets) led to the head-up phase including leadership positions at the National Science Foundation and working in the White House Office of Science and Technology Policy. Now, the head-forward phase seems right: facilitating the work of a community of smart colleagues, a few research projects, and working with students at the science/policy interface.

Dr. Kelly has been teaching at the Institute since 2015.