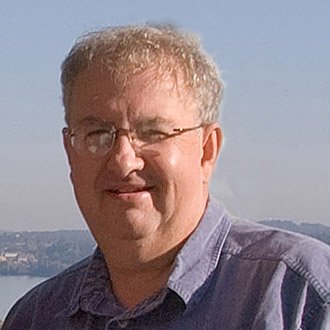 Dr. Charles Colgan is the Director of Research for the Center for the Blue Economy (CBE) overseeing the conduct of research activities and serving as Editor-in-Chief of the Journal of Ocean and Coastal Economics (JOCE). In addition, he serves as adjunct faculty in the International Environmental Policy Studies program.

Dr. Colgan served as a consultant with the National Ocean Economics Program (NOEP) for more than 14 years. The NOEP was created in 1999 by Dr. Judith Kildow at MIT and began producing its annual ocean economic databases with the subsequent hiring of Dr. Colgan the following year. While there were several articles and a report about the U.S. ocean economy published before 1999, the launch of the NOEP laid the foundation for a new field of study based on a unique methodology, with consistent time series data that allowed the public to track trends over time. During its 15-year history, NOEP has created the field of ocean and coastal economics, and its methodologies have been used by over 20 countries around the world. It is extremely well-respected in the U.S. and internationally, and it forms the foundation of the CBE research program. It has more than 2,000 regular users across all sectors and geographies in the U.S., and more than 37 nations. It is considered by many researchers to be the best source of data on ocean and coastal economics.

In 2013 Dr. Colgan and Dr. Jason Scorse, the Director of the CBE, began the development of the Journal of Ocean and Coastal Economics (JOCE), which will launch its first volume in January, 2015. With a distinguished editorial board and its open review process, JOCE will further solidify the CBE’s position as the leader in the ocean and coastal economics field, and help foster an international community of researchers and practitioners. Upholding the CBE commitment to open access, the journal will be freely available to all: there are no fees to authors or readers.

Until JOCE, those wishing to share research in this field outside of fisheries have used outlets that specialized in economics, but not specific to oceans and coasts. JOCE is the first in this growing field. Contracting with the Monterey Institute’s world-class translators, JOCE will provide abstracts of all papers in Arabic, Chinese, French, Korean, Japanese, Portuguese, and Spanish.

Prior to his role as Research Director for the CBE, Dr. Colgan served as a Professor of Public Policy and Management in the Edmund S. Muskie School of Public Service at the University of Southern Maine. Dr. Colgan was the Chair of the Muskie School’s PhD Program in Public Policy and is a Senior Research Associate in the USM Center for Business and Economic Research. His long term economic forecasts are used by the Maine Department of Transportation and the Economic Development Districts of Maine. Prior to joining the University of Southern Maine, he served in the Maine State Planning Office, was State Economist, and Director of Natural Resource and Economic Policy.