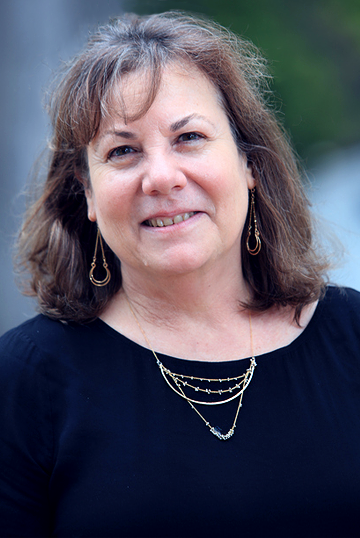 Professor Goldstein began her interest in applied linguistics and in language education in the early 70s as an undergraduate linguistics major and she has never looked back. Intrigued by the sociolinguistic factors that influence second language learning and their implications for language education and intrigued with nonstandard varieties, Professor Goldstein’s dissertation examined sociolinguistic factors that influence Spanish native speaker teenaged boys from Latin America enrolled in NY public schools who chose to learn African American Vernacular English. Her article based on this research and published in TESOL Quarterly won the 1986 TESOL distinguished research award.

While pursuing her doctorate, Professor Goldstein accepted her first tenure position at Hunter College in New York, where she developed her interest in second language writing, and her research interests in teacher feedback and student revision. She has continued to pursue both interests — sociolinguistics as applied to language education and second language acquisition, and second language writing throughout her career, in her research and her teaching at her previous positions in NY and California and at the Middlebury Institute, as a board member on The Journal of Second Language Writing and The Journal of Writing Response, and through her publications and presentations.

In 2009, while at the Middlebury Institute, Professor Goldstein was asked to develop a course on Intercultural Communication. This sparked her interest in the field of intercultural competence, and since then she has been involved in ICC as a teacher, learner, workshop and conference presenter, and as part of the MIIS Intercultural Competence committee. Professor Goldstein has also been involved throughout her career as an administrator, directing writing programs at Hunter College, Dominican University, and at MIIS, and presently serves as the program chair for the TESOL and TFL MA programs.

Professor Goldstein has been teaching at the Institute since 1986.

Professor Goldstein is the 1987 recipient of the International TESOL-Newbury House Publishers Award for Distinguished Research and the 2000 recipient for Honorable Mention for best article published in the Journal of Second Language Writing. She has served as a consultant to Educational Testing Service, is on the editorial board of the Journal of Second Language Writing and has served on the TESOL  publications committee and the TESOL serial publications committee. She is the founder of the EAPP and the writing program at the Institute.