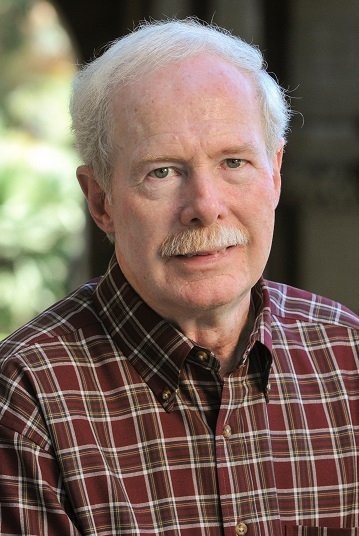 For the past 26 years, Paul Jackson has been studying bacterial pathogens, first working to develop DNA-based methods of detecting these microbes and their remnants in environmental and laboratory samples, then developing methods to differentiate among different strains of the same pathogenic species. Jackson spent eight years as 8 years as senior scientist and group and division leader, as well as 24 years as a technical staff member and laboratory fellow, at Los Alamos National Laboratory. He participated in analysis of Bacillus anthracis present in the 2001 Amerithrax letters and conducted detailed analyses of human tissue samples from the 1979 Sverdlovsk anthrax outbreak, providing evidence that was inconsistent with Soviet government claims of a natural anthrax outbreak. His current work continues to focus on developing assays that rapidly detect genetic signatures including antibiotic resistance in pathogens. He has also developed new antimicrobial compounds that are based on the pathogens’ own genes and the products they encode. These antimicrobial compounds are being applied to reduce hospital-acquired infections and community-acquired infections of particular interest to the military.

I am interested in mechanisms by which pathogens establish and perpetuate infections in their hosts and how the host responds to limit the damage caused by the infection. I am also interested in developing methods to interrupt the infection cycle using the pathogen’s own physiological processes. By using the pathogen’s own critical processes against it, it may be possible to develop therapies to which the pathogen cannot become resistant. I am also interested in biosecurity issues of natural origin, of those caused by poor social and political policy and by intentional attempts to cause harm using biological materials and processes.

Professor Jackson has been teaching at the Institute since 2011.