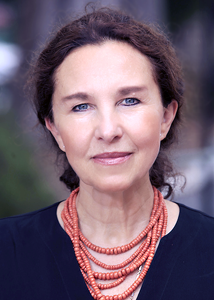 Professor Anna Vassilieva has taught a large variety of courses dealing with Russian intellectual discourse, Siberia and the Russian Pacific, and contemporary Russian politics. Central to all of her classes is a focus on the manner in which language, literature, culture, and history impact on current Russian policies and perspectives. Professor Vassilieva has served as the Russian Studies program head and coordinator at MIIS for over 20 years. With faculty colleagues, she pioneered the development and implementation of Monterey Model courses – teaching modules taught simultaneously in a variety of languages to advanced language speakers on a wide range of current topics. Her passion is instilling in her students a better understanding of Russian politics and society and a deeper appreciation of Russian history and culture.

Professor Vassilieva is an author, translator, and editor by training, but a philosopher and poet at heart. She has written widely in English and Russian on Russian emigration in Asia, environmental politics, and the impact of culture on Soviet and Russian negotiating behavior, including two book-length volumes, several edited books, and numerous book chapters and articles for scholarly journals, as well as opinion pieces for the Los Angeles Times, International Herald Tribune, Asahi Shimbun and others. She appears frequently on national and international television and radio outlets such as PBS Newshour, CNN International, Al Jazeera America, and Radio Free Europe.

Professor Vassilieva has been teaching at the Institute since 1990.

During this seven week long course students will be taught close analyses (linguistic, political, cultural and sociological) of contemporary Russia through watching, reading and translating current interviews of the most prominent Russian journalists with a variety of representatives of Russian political and figuras elite. Students will be expected to advance their listening comprehension, to hone their translation skills and present their analyses of the interviews on the topics of professional specialization.

During this seven week long course, students will learn and practice how to conduct professional research interviews, to present their individual research projects in a conference setting and how to do a video interview with TV media. The course will be implemented in a variety of formats, with a strong emphasis on work in pairs with a professor outside of classroom, as well as individualized analysis of video recordings of students’ individual performances in one- one- one setting. Students will be encouraged to match their presentations/ interviews topics with their graduate research in order to expand their professional vocabulary and hone skills of presenting and speaking in public.

Professor Vassilieva is the founding director of the Graduate Initiative in Russian Studies (GIRS), an innovative program funded by Carnegie Corporation of New York and dedicated to enhancing the understanding of graduate students in the United States of Russia through direct interaction with leading U.S. and Russian scholars, journalists, and political figures. GIRS also provides Institute students with opportunities to pursue professional internships in Russia and to conduct field research there. In summer 2017, Professor Vassilieva launched the Monterey Summer Symposium on Russia (MSSR), a unique and highly competitive multi-week comprehensive program of study on different dimensions of Russian politics, history, economics, and culture conducted in English and Russian by leading U.S. and Russian experts.