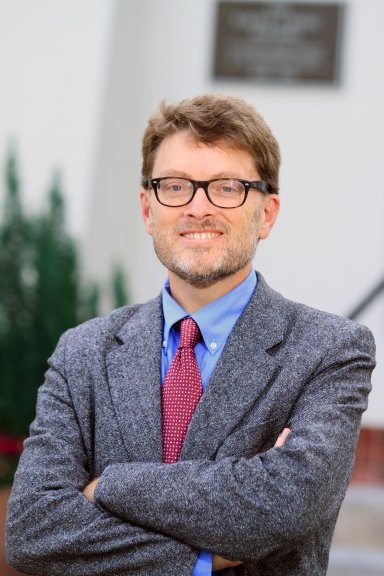 Jeff Dayton-Johnson was appointed to the role of vice president of academic affairs and dean of the Institute in November 2014. In this new position, Dayton-Johnson serves as the Institute’s chief academic officer and is responsible for the overall success and functioning of the school in collaboration with the senior administrative team at Middlebury.

During his time on the Monterey faculty, Dayton-Johnson has published three books on the political economy of Latin America. Prior to coming to the Institute, he spent seven years as a senior economist at the Organisation for Economic Co-operation and Development (OECD) in Paris, where he was the first head of the Americas Desk at the OECD’s Development Centre. Prior to that, he was a tenured associate professor of economics and international development studies at Dalhousie University in Canada.

Dayton-Johnson received his PhD in economics from the University of California, Berkeley, and received his undergraduate education in Latin American studies at Berkeley and the Universidad Nacional Autónoma de México.

In his off-campus hours, Dayton-Johnson is a regular contributor of jazz reviews and interviews to All About Jazz (allaboutjazz.com), the most widely-read jazz magazine on the web, and was the host of “Now’s the Time,” a jazz-focused program on public radio station KUSP in Santa Cruz, California.

Jeff Dayton-Johnson interviewed live about a financial crisis in Latin America on CNBC.

“Central America, China and the US: What Prospects for Development?” (with R. Avendaño), in Margaret Myers and Carol Wise, eds., The Political Economy of China–Latin America Relations in the New Millennium: Brave New World, Routledge, 2016. https://www.routledge.com/The-Political-Economy-of-ChinaLatin-America-Relations-in-the-New-Millennium/Myers-Wise/p/book/9781138666191

“Central America, China, and the US: What Prospects for Development?” (with R. Avendaño), Pacific Affairs, 2015.

“Are the Commons a Metaphor for Our Times?” OECD Observer, 2012 (with Jesús Antón).