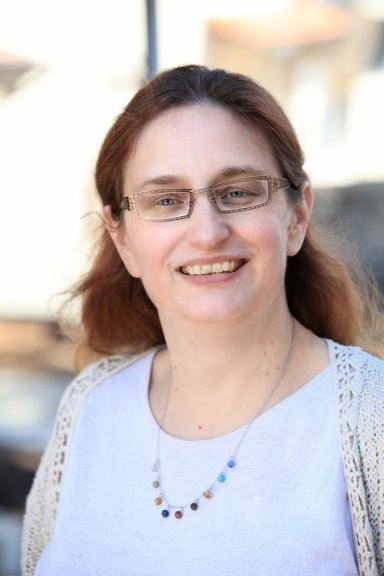 Joelle started work at MIIS in 2019, having recently arrived from her hometown of Pittsburgh, Pennsylvania, where she served as the reference librarian at La Roche University.  She has also worked as a librarian with at-risk youth at Pittsburgh Job Corps and as a school librarian for grades Pre-K to 6 at Grace Episcopal Day School in Maryland.

To stay current in her field, Joelle does presentations at library conferences and publishes work in professional journals. In October 2018, she presented on the spiritual lives of medieval monk librarians at the Catholic Library Association’s annual conference.  A year prior to this, Catholic Library Worldpublished her article, “Artifacts in Context: Medieval Manuscripts, Fine Press Books, and The Saint John’s Bible.”

An avid player of Dungeons and Dragons, (as well as many other tabletop strategy and role-playing games) Joelle tries to bring educational and entertaining gaming to the library as often as possible.  In addition to her library work, she has served on a team of five writers to develop characters and locations for a fantasy-based game called The City of Kings.  She has lived in both Washington, D.C. and New York City, and spent a fair bit of time in Perth, Australia.  She has eaten Vegemite more than once and lived to tell the tale.