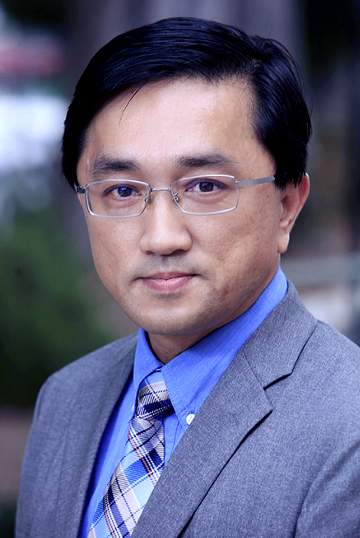 In 1993, after taking courses at Soochow from two Institute alumnae, Professor Chen came to Monterey to study English-Chinese Translation and Interpretation. The two-year postgraduate training at the Institute led him to work as a translator and interpreter for the Asia Pacific Economic Cooperation (APEC), providing language services for clients ranging from major global corporations to governments and NGOs, while teaching translation and interpretation at several universities in Taiwan.

After working as a freelance language services provider for seven years, Professor Chen moved on to pursue a doctoral degree in translation studies at the University of Manchester in England, where he built a 2.4-million-word English-Chinese parallel corpus to study universal features in translated texts collected from 26 full-length Chinese translations published in China and Taiwan. As the developer of one of the first English-Chinese parallel corpora, Professor Chen’s doctoral work has been widely cited in areas related to the study of corpus-based translation universals.

Professor Chen’s enthusiasm for Translation and Interpretation has taken him around the world to seminars and conferences in England, South Africa, Belgium, Switzerland, China, Japan, and Taiwan, as well as coaching Translation and Interpretation students through their participation in international interpreting competitions. Since 2014, these students have brought home five top awards, further consolidating the Institute’s reputation in interpreter training.

Professor Chen has been teaching at the Institute since 2007.