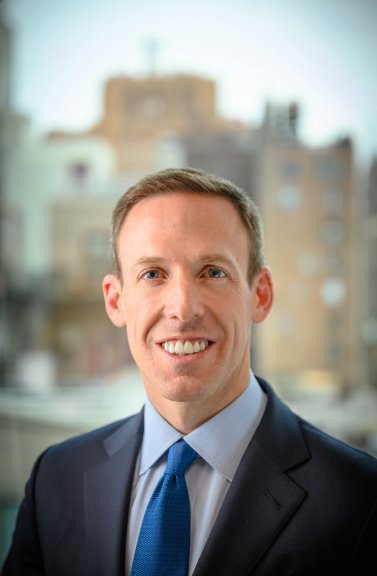 Geoff Brown works as an international security careerist decidedly motivated to make a difference in the safety of digital spaces through re-examining, challenging, and improving cybersecurity resiliency for public and private enterprises. Geoff is a 1999.5 alumni of Middlebury College, and proudly now continues his relationship with Middlebury as a visiting professor in MIIS’ Nonproliferation and Terrorism Studies Department. His coursework will concentrate on cybersecurity and intelligence disciplines, and his classes will help prepare students to confront the pervasive risks posed by threats to digital space, no matter where their careers take them.

Geoff’s recent experience building and leading the cybersecurity program for New York City will help inform academic consideration of how pervasive technology, with criticality ranging from leisure activity to life safety, creates a new landscape for criminality, espionage, militarism, and activism, and accordingly, if left unprotected, can threaten the very underpinning of how interact in the global community.  Geoff aims to bring a “player-coach” perspective to the classroom, with the motivation that some students may choose cybersecurity or intelligence careers, and other students, by making decisions informed from the classroom, will help build better resiliency in our digital society.

In addition to his work at MIIS, Geoff rejoined the private sector in January 2022 as an executive with the intelligence and cybersecurity company Recorded Future in the capacity of Vice President for Global Intelligence Platforms, charged with driving forward a unified impact from the company’s premiere cyber threat intelligence platform for global governments and corporations, and with gathering together an intelligence council of practitioner advisors collectively interested in a safer digital world.

Geoff most recently was Chief Information Security Officer for the City of New York between 2016 and 2022, a position focused on cybersecurity and aggregate information risk across all 100+ NYC departments and agencies. In July 2017, New York Mayor de Blasio established New York City Cyber Command, an agency led by Geoff, reporting to City Hall, and charged with consolidating and leading the City’s enterprise cybersecurity strategy, inclusive of building NYC Cyber Command itself, and through this new agency setting Citywide cybersecurity policies; directing response to cyber incidents; rationalizing the City’s cybersecurity spend and cyber defense technology footprint, and advising City Hall, agencies and departments on the City’s overall cyber defense.

Geoff’s formative intelligence and security experience stems from several years of service in the federal government focused on National Security issues internationally, including work with the National Commission for Terrorist Attacks Upon the United States (the 9/11 Commission) supporting the investigation’s work examining the National air defense response as well as the investigation’s work with the first responder community in NYC.