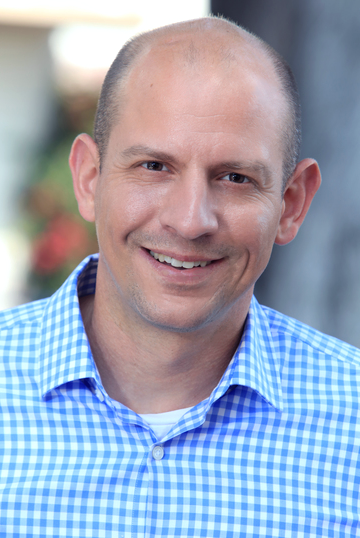 Jason Blazakis is a professor at the Middlebury Institute of International Studies (MIIS) where he focuses on threat financing, sanctions, violent extremism, and special operations related research.  He is also the Director of MIIS’s Center on Terrorism, Extremism, and Counterterrorism where he directs research on domestic terrorism, terrorism finance, recruitment, propaganda, and the use of special operations to counter transnational threats.

From 2008-2018, he served as the Director of the Counterterrorism Finance and Designations Office, Bureau of Counterterrorism, U.S. Department of State. In his former role, Jason was responsible for directing efforts to designate countries, organizations, and individuals as terrorists, also known as State Sponsors of Terrorism, Foreign Terrorist Organizations, and Specially Designated Global Terrorists. Jason previously held positions in the Department of State’s Political-Military Affairs, International Narcotics and Law Enforcement Affairs, Intelligence and Research Bureaus, and at U.S. Embassy Kabul.

Prior to working at the Department of State, Jason served as a domestic intelligence analyst at the Congressional Research Service. In addition, he was the national security adviser to a United States Congressional Representative. He also has worked at the U.S. Department of Commerce’s Technology Administration.

Jason is an adjunct professor at Johns Hopkins University and the University of Maryland. He is also a Senior Fellow at the Soufan Center.

He has published articles in Time Magazine, Foreign Affairs, The Hill, the Philadelphia Inquirer, and Lawfare.  He regularly is quoted by the media (Wall Street Journal, Washington Post, Reuters, ABC, CBS, NBC, amongst others) on a wide-range of terrorism and sanctions related matters.

He holds degrees from the University of Mississippi, Columbia University, and Johns Hopkins University.

Introduction to Terrorism
This course is designed to provide a critical introduction to the subject of terrorism, an often misunderstood phenomenon that has assumed a particular salience in the wake of 9/11. Its aim is to clarify fundamental definitional and conceptual problems, introduce students to the burgeoning literature on the subject, describe basic terrorist organizational and operational methods, survey a wide range of terrorist groups and ideologies, examine certain high-profile terrorism themes, and tentatively assess the nature of the threat posed by terrorists to global security in the future. (Open to Juniors and Seniors only) The dates of this course are SEPTEMBER 6 through DECEMBER 16. Registering for this course signals your interest in taking the course.

SEM: Countering Violent Extremism
This course on Countering Violent Extremism (CVE) will examine the non-violent approaches to countering violent extremism, such as prevention (preventing violent extremism, PVE), intervention, rehabilitation, and reintegration programs. The course will also examine the pathways individuals take to extremism, with a focus on the myriad of push and pull factors that can contribute to radicalization. The course will also examine the various types of CVE/PVE programs developed by governmental and non-governmental entities. The course is experiential by design and the class will participate in the Invent 2 Prevent (I2P) program sponsored by the Department of Homeland Security, the McCain Institute and EdVenture Partners. I2P is a national competition whereupon, specifically, students in the class will create a tool, product, or initiative to prevent targeted violence and extremism. The dates of this course are SEPTEMBER 6 through DECEMBER 16.

This course focuses on the radical right. The course will examine both U.S.-based and transnational aspects of the extreme far right. Right wing extremism and terrorism are not monolithic. There is a range of diverse actors that populate the fringes of the far right. In the United States, the challenge of right-wing initiated violence (and extremist beliefs that motivate acts of violence) is long standing. White supremacy has been an unfortunate mainstay within the extreme far-right movement. And, as the events of January 6 have demonstrated, the challenge of white supremacy extremism remains an indelible part of American society. The 6th of January also illustrated the rising influence of anti-government and militia groups. Right-wing anti-government and militia movements, however, are not a recent phenomenon. The course will examine both historic and contemporary manifestations of these fringe movements. And, how some of these movements’ ‘beliefs’ have become more normalized in the United States and overseas.

The rise of the extreme far-right in the United States has seen an accompanying rise of overseas based extremist movements. While the course primarily focuses on U.S. based right-wing extremists, there will be a module that examines international manifestations of the challenge. The transnational linkages, in fact, between the U.S. and overseas far-right has expanded in the 21st Century. Terrorists like Anders Breivik and Brenton Tarrant, for instance, have been influenced by American terrorists, like Dylan Roof. And, of course, there are tracts and manifestoes created by right-wing American ideologues that have influenced the overseas based right-wing terrorists. Similarly, there are influential writings (and actions), both historic and more recent, by European far-right figures that have shaped U.S. right-wing narratives.

The myths and key-concepts, which often serve as drivers for radicalization within this milieu will be foundational to understanding the extreme far right. At the same time, the course will examine conspiracy theories and how they have animated QAnon followers. The spread of disinformation, which often allows for the growth of conspiracy theories, is also key to the rise of the radical right in the United States and overseas.

Finally, what kinds of policies have been adopted to counter the extreme far-right? Have they been successful? What other policies are being examined? What are the risks associated with certain government and private sector initiatives designed to counter the radical right? How should historic issues, such as government overreach, be factored into discussions related to future policymaking?

The radical right does not consist solely of white supremacist, anti-government, and militia groups. The course (to a lesser extent) will examine smaller subsets of the far-right as well, to include sovereign citizens, INCELS, and tax-resistor movements.

This course on Countering Violent Extremism (CVE) will examine the non-violent approaches to countering violent extremism, such as prevention (preventing violent extremism, PVE), intervention, rehabilitation, and reintegration programs. The course will also examine the pathways individuals take to extremism, with a focus on the myriad of push and pull factors that can contribute to radicalization. The course will also examine the various types of CVE/PVE programs developed by governmental and non-governmental entities. The course is experiential by design and the class will participate in the Invent 2 Prevent (I2P) program sponsored by the Department of Homeland Security, the McCain Institute and EdVenture Partners. I2P is a national competition whereupon, specifically, students in the class will create a tool, product, or initiative to prevent targeted violence and extremism.

In an effort for students to come to a common understanding of key terms that will be discussed throughout the course, a session will be devoted to understanding key concepts and terms related to Islamic history. In this regard, students should take away from the course a baseline understanding of Islamic jurisprudence, meaning of the caliphate, the five pillars of Islam, and Shar’ia law.

Finally, the course will also explore the group’s use of foreign fighters and social media to further its agenda. Global responses in an effort to counter the Islamic State will also be discussed.

By the end of the course, students will be able to:

• Demonstrate knowledge of the history of the Islamic State from its creation to its current status as a significant power broker primarily operating in Syria and Iraq.

• Understand the key personalities and motivations of leadership figures within the Islamic State as well as methods the group utilizes to accrue wealth, territory, and general support.

• Comprehend the role of women and foreign fighters within the Islamic State.

• Understand the U.S. and global response focused on countering the Islamic State through the application of soft and hard power.

The course examines how terrorist groups finance their operations. It also explores current policy approaches to curb financial support to terrorists through the application of U.S. and international sanctions, in particular how multilateral fora, such as the United Nations and the Financial Action Task Force, disrupt and deter terrorist financing. At the completion of the course, students will have a better understanding of the key tools, including law enforcement, diplomacy, and intelligence, that are used to counter terrorists’ financial networks and activities. Students will use structured analytic tools such as weighted ranking methods, scenario trees, causal flow programming, game theory, and logic to form analytic judgments. Prior coursework or professional experience in intelligence, (counter) terrorism, or finance recommended.

Jason’s areas of interests include sanctions, terrorism financing, terrorist motivation and behavior, counterterrorism methods, violent extremism, terrorist use of the internet, terrorism and the media, and the role of intelligence in informing national security decision-making.

“Ten Years After the Mumbai Attacks, Where are They Now?” The Hill, November 9, 2018

“Why Trump’s Latest Move Against Iran Was Pointless – And Dangerous.” Time Magazine, April 9, 2019

“The Muslim Brotherhood is Not a Terrorist Organization.” Foreign Affairs, May 17, 2019

“The Logistics of Terror: The Islamic State’s Immigration and Logistics Committee.” The Strategy Bridge, June 18, 2019

“Domestic Terrorism is fueled by paranoid delusions. Here’s how we fight them.” Philadelphia Inquirer, August 18, 2019