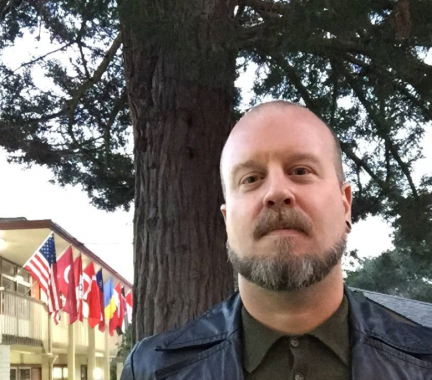 Scott E. Myers (梦之恩) is a translator of Chinese who focuses on contemporary fiction. He holds a B.A. in philosophy from Hampshire College and master’s degrees in Comparative Literature from New York University, in Chinese Translation from the Middlebury Institute of International Studies at Monterey, and in East Asian Languages and Civilizations from the University of Chicago. His English translation of one of Mainland China’s earliest tongzhi novels, Beijing Comrades by Bei Tong, was published by The Feminist Press in 2016. In March 2020, his translation of contemporary avant-garde writer Mu Cao’s 2003 novel In the Face of Death We are Equal was published by Seagull Books. His current, third book-length project is an English translation of Taiwanese author Chen Ruoxi’s 1986 novel Paper Marriage.

In the Face of Death We Are Equal, a novel. English translation of Qi’er by Mu Cao. Seagull Books, 2020.