CALL TO ACTION, August 2022:  Is climate change important to you?  Now is the time to MAKE YOUR VOICE HEARD!

Historic levels of funding for climate adaptation and mitigation are on the line—$369 billion (over 10 years) are included in the Inflation Reduction Act framework.

We urge all concerned citizens to contact their Senators and Senator Krysten Sinema of Arizona with two main points:

Ocean-based climate solutions are key to solving the climate crisis, and there is no time to waste.  We may not have another chance like this for many years to come!

Feel free to build your own posts, or simply retweet @CBE_MIIS or facebook @CenterForTheBlueEconomy or instagram @OceanClimateAction. 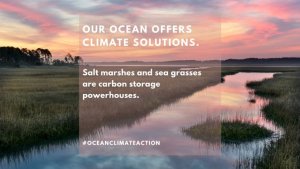 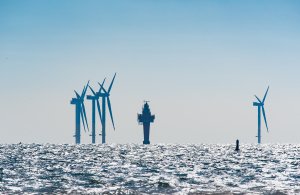 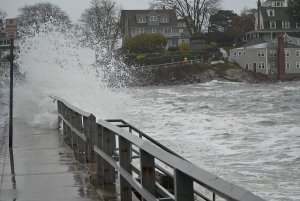 (Side note:  This photo is of Hurricane Sandy, the deadliest and most destructive, as well as the strongest, hurricane of the 2012 Atlantic hurricane season. Inflicting nearly $70 billion (2012 USD) in damage, it was the second-costliest hurricane on record in the United States until surpassed by Hurricanes Harvey and Maria in 2017. source: Wikipedia)

OCAP IN THE MEDIA

On March 13th, 2019, David Helvarg of the Blue Frontier and Jason Scorse of the Center for the Blue Economy wrote “Putting the Blue in the Green New Deal,” an opinion piece in the scientific magazine Mongabay.   The two ocean-focused non-profit organizations realized that they were uniquely positioned to act as conveners who could bring together thought leaders to refine and expand the initial ideas into the Ocean Climate Action Plan.   A meeting of California leaders was convened on October 18th—more about that meeting can be found here:  The Ocean Climate Action Summit—California Meeting.

On January 13th, 2020, the first consensus draft of the Ocean Climate Action Plan was released (based on comments from our Oct.18 meeting in California). After a comment period, the second draft was released on March 12th, 2020.

On Wednesday, April 29th, 2020, the two organizations hosted a webinar that looked in depth at the issues addressed by the Ocean Climate Action Plan.  After introductory remarks by Senator Jeff Merkley of Oregon, Congresswoman Deb Haaland of New Mexico, Congressman Joe Cunningham of South Carolina, and Ms. Franceska De Oro, youth activist from Guam, we spent one hour on each of the four parts of the plan. (Full webinar video and guide to sections and speakers above).  The final plan took into consideration the 100 questions and comments raised during the webinar, and we encouraged the public to give further feedback on Draft #2.

The final draft of the Ocean Climate Action Plan was published on July 13th, 2020.  Next began the process of translating the final recommendations into legislative and policy language at the state and federal levels. Much of the OCAP recommendations were adopted into the Ocean-Based Climate Solutions Act, HR8632.

On April 14, 2021, in one of the largest and certainly most timely Ocean lobbies in U.S. history, over 300 people from more than 30 states and territories met with 107+ Members of the House of Representatives and their staff, and 33+ Senators and staff.  Over 150 virtual meetings took place on Ocean Climate Action Lobby Day!  The coalition (many of whose members had never visited with their elected representatives before) sent a clear message to our national policymakers:  you cannot solve the climate crisis without ocean health, and ocean health is key to solving the climate crisis.

We will continue to build the broad coalition and constituency needed to support ocean climate bills in the U.S. Congress. This will include a media campaign, opinion pieces, and your support spreading the message from sea to shining sea.

Our goal is strong local and federal ocean-climate policy signed into law as soon as possible. The climate emergency is an ocean emergency.  There is no time to waste.

The development of the Ocean Climate Action plan was a collaboration between the Center for the Blue Economy and Blue Frontier, with considerable input from the Youth Advisory Council.  The two organizations acted as conveners bringing together more than 800 people to give input into the final recommendations.  Read more about OCAP team by clicking the links below.

Center for the Blue Economy (CBE)

Our mission at the Center for the Blue Economy is to promote a sustainable, resilient ocean and coastal economy (the “Blue Economy”) through leadership in research, analysis, and education.

Blue Frontier is a national leader in providing resources and opportunities to bring citizens who care about the health of our coasts and ocean into the decision making process.

Be Part of the Solution!