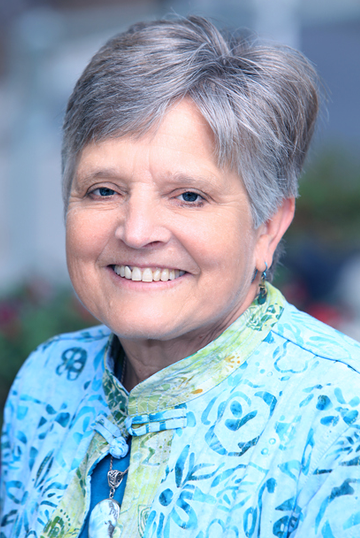 Holly Mikkelson, Professor of Professional Practice, has been a member of the GSTILE faculty, either as an adjunct or full-time, since 1976. Her main areas of specialization are Spanish/English legal translation and court interpreting, though she has taught general classes in both translation and interpreting at MIIS. She has been a practicing court interpreter and legal translator since 1976, and is certified as an interpreter in state and federal courts. She is also certified as a translator by the American Translators Association (ATA), and is currently a grader for the ATA certification exam.

Professor Mikkelson created the acclaimed Acebo training manuals for court interpreters. She is the sole author of Introduction to Court Interpreting (Routledge, 2016) and a co-author of Fundamentals of Court Interpretation: Theory, policy and practice (Carolina Academic Press, 2012). She co-edited The Routledge Handbook of Interpreting with Professor Renée Jourdenais in 2015. Her articles have appeared in numerous peer-reviewed journals. She has also served as a consultant on court interpreter training and testing, and has testified as an expert witness on court interpreter standards of practice. In 2011 the ATA awarded her the prestigious Alexander Gode Medal for outstanding service to the translation and interpreting professions.

I love what I do. I am an active professional interpreter and translator, but most importantly, I enjoy sharing with my students the knowledge and expertise acquired over four decades in the profession. I want to help them experience the thrill of giving a voice to someone whose story would not otherwise be told, and of finding just the right way to express an idea or concept. That said, I continue to learn from them, as teaching is definitely a two-way street. I’m constantly striving to improve my pedagogical approaches and to keep up with the latest developments in the profession.

Professor Mikkelson has been teaching at the Institute since 1976.