Like many of their colleagues at CNS, Lewis and Pellegrino are passionate about lifting the veil on some of the world’s best kept secrets, including nuclear test sites. The Soviet Union conducted multiple nuclear tests throughout the archipelago of Novaya Zemlya, which remains Russia’s only active nuclear test site, used for subcritical nuclear experiment. This site is considered comparable to the U.S. Nevada Test Site (now known as the Nevada National Security Site). Before now, very little public information had been available about the Russian site, in relation to both historical and current activities. When Lewis started looking for satellite images for purchase, he discovered they were hard to come by and those that were available were extremely expensive. The geographical location of Novaya Zemlya in the Arctic Ocean means that it is dark for a large part of the year, and is often covered by a shroud of clouds, so in any given year there is a limited opportunity for good images. Lewis contracted with Planet Labs to have regular images taken of the site over the course of a year when there was daylight and the cloud cover was not too dense.

The extensive research Pellegrino and Lewis conducted included examining old German Luftwaffe images taken of the area before nuclear testing began, comparing and trying to make sense of conflicting notes on locations from various sources, and memorable interactions with Norwegian researchers and politicians about the work they had done decades ago to assess the impact nuclear tests have had on the archipelago. Pellegrino, who graduated from the Institute’s Nonproliferation and Terrorism Studies program last May, first came to the Institute as a Summer Undergraduate Fellow in 2015. Last summer she worked at CNS on a project using open source methods to analyze and map weapons of mass destruction in Syria. “That was the summer I discovered I could really do this!” she says of what she calls the “Where’s Waldo” detective work involved in the research. 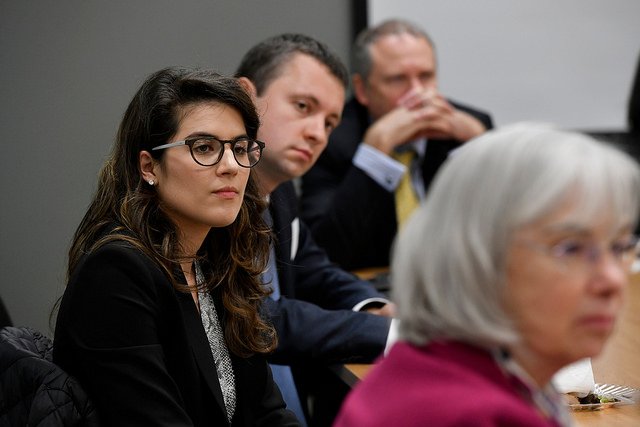 Nearly three decades ago, the United States and Russia each implemented unilateral test moratoriums. According to experts there are now serious questions about whether the two nations might choose to resume nuclear testing. One of Lewis and Pellegrino’s findings is that the Central Testing Ground at Novaya Zemlya is well maintained and could, if necessary, host resumed nuclear testing.

The new interactive website is supported by a grant from the Nuclear Threat Initiative (NTI). In Lewis’ view it “reframes the issue” at a particularly important time in US-Russia relations. He says one of the main arguments against the Comprehensive Test Ban Treaty (CTBT) in the US has been that it is difficult to trust the Russians, but Lewis maintains that publicly available imagery and analysis changes that. Opening up the test site on a public website facilitates greater transparency and confidence building, as it “takes it away from just a few people being able to talk about this, and makes it easier to imagine ways forward on arms control.”