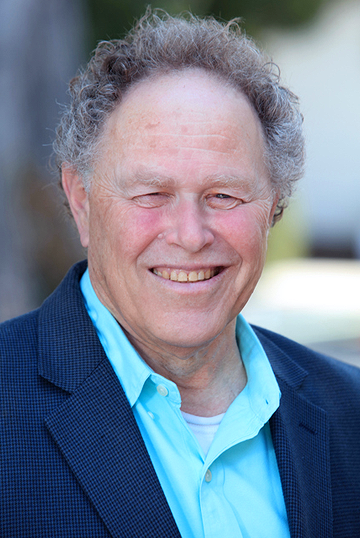 Trained as a philosopher and historian of ideas, Dr. Cohen turned early on in his career into nuclear history. He is widely known for his path-breaking historical studies of the Israeli nuclear program. He is a two-time winner of the MacArthur Foundation research and writing awards, in 1990 and 2004. He was also a Senior Fellow at the United States Institute of Peace in 1997-98 and 2007-08, and a Fellow at the Woodrow Wilson Center in Washington DC in 2008-09. Currently he is a Global Fellow with the Nuclear Proliferation International History Project at the Woodrow Wilson Center.

Dr. Cohen is the co-editor of Nuclear Weapons and the Future of Humanity (1986) and The Institution of Philosophy (1989), and the author of The Nuclear Age as Moral History (in Hebrew, 1989). His most acclaimed book, Israel and the Bomb, was published by Columbia University Press in 1998. His latest book, The Worst Kept Secret: Israel’s Bargain with the Bomb, was published in 2010 by Columbia University Press. In addition, Dr. Cohen has authored many monographs, on-line archival historical collections, scholarly articles, books chapters, and short articles, and has been a prolific author of op-eds, feature articles and book reviews in the New York Times, Washington Post, Politico, Ha’aretz, and many other American and Israeli newspapers since the 1970s.

Understanding the complex dynamics of global politics requires examination of a number of issues and characteristics of the international system. The key objective of this class is to provide students with the ability to approach different perspectives to any global political issue. These elements of the study of global politics include theoretical frameworks and historical trajectories, without which no global issue can be understood adequately. Other topics of discussion will include global governance, transnational global problems, and the international financial system.

The course reflects the evolving nature of international relations, a continuous process since recorded history, which included the rise of the Westphalian nation-state system. The continuous transformation now includes the rise of non-state actors as influential participants and protagonists (not necessarily always benign) in the global system; entities that include terrorist and insurgent groups, non-governmental organizations, multi-national corporations, for example.

Israel and the Bomb

This course is a comprehensive introduction to the study of Israel’s nuclear history and policy within the broader context of understanding the nuclear dimension of Middle East politics. The course focuses on the uniqueness and the exceptionality that constitutes Israel’s nuclear history and policy. By that uniqueness we mean the original policy which Israel devised to acquire and possess nuclear weapons that ultimately made Israel an exceptional case both vis-à-vis the United States non-proliferation policies and vis-a-vis the non-proliferation regime. That policy is known as Israel’s policy of “nuclear opacity” or “nuclear ambiguity,” under which Israel has never officially acknowledged to acquire or possess nuclear weapons, even though since 1970s Israel is universally presumed as a nuclear weapons state. The course ends with reflections about challenge that Israel’s nuclear uniqueness poses both to the United States nonproliferation policy and the non-proliferation regime as a whole.

This seminar aims to examine moral dilemmas that have confronted us throughout the nuclear age as well as in the current war with terrorism. The seminar will start by exploring the basic concepts of moral thinking and the principles of the “just war tradition.” Then we explore how and to what extent the tools and concepts of “just war tradition” apply to the fundamentals of contemporary world—the nuclear age on the one hand, and the war on terrorism on the other. As such, we will examine historical cases and practices involving both nuclear weapons and terrorism: from the “decision” to drop the first atomic bombs on Hiroshima and Nagasaki, the practice of nuclear deterrence, through the morality of interrogation methods, intelligence gathering, and targeted assassination as tools against terrorism.

The seminar will address the issue and the discourse of security in the Middle East, with stress on the two sides of the spectrum, from weapons of mass destruction (WMD) to acts of terrorism. We will look at the issue of security from both the national and the regional levels.

The seminar’s fundamental starting point is that to understand the issue of security in the region one must examine the broader historical fundamentals of the region. Religion, ethnicity, ideology, identity and, of course, politics are all closely related to the broader issue of security. Those issues are at the core of all regional conflicts as well as global terrorism; those issues shape the making of the modern Middle East. For this reason the seminar begins with a broad introduction on the making of the modern Middle East. Among the basic themes to be discussed in that introduction are:

• the idea of the “Middle East” as a distinct geo-political region;

• the fundamentals of the region: the religious, ethnic, and linguistic composition of the Middle East;

• The split Sunni versus Shia

• Islam as the major religion of the Middle East;

• the collapse of the Ottoman Empire as the cradle of the modern Middle East;

• the formation of the state system in the Middle East;

• the rise of political Zionism,

• the birth of the Arab-Israeli conflict;

• the rise of modern Iran;

• the creation of Modern Saudi Arabia and the Gulf;

Then, and against this introductory background, the seminar will examine the issue of contemporary security in the Middle East from both national and regional perspectives. We will look at the issue of security in the cases of the major states in the Middle East: Egypt, Iraq, Iraq, Saudi Arabia, Syria, and Israel. As it turns out, those countries –each in its unique way -- struggle now with issues of national identity and ideology that shapes their sense of security or lack therein.

The final part of the seminar will deal with regional issues involve regional security, WMD and ISIS. We will review not only the formation of the nuclear order in the Middle East where is Israel maintains a “benign monopoly” but also the history of the efforts to constrain and control the spread of WMD in the region, and why those efforts turned out not to be successful. The seminar will end by discussing the history as well as the desirability and feasibility of the efforts to establish the Middle East as WMD free zone.

The seminar is both a study of one generis problem, and also a story of a history of that problem. Understanding the complexity of the problem defines our historical survey, while history will be also an aid to appreciate better the problem. In a way, the seminar’s overall interest is to narrate and revisit the history of nuclear proliferation from the perspective of problem of intelligence.

The course examines the problem of nuclear intelligence by revisiting key cases in the history of nuclear proliferation: Germany in World War II, the Soviet Union in the mid-late 1940s, the early NIEs on proliferation, Israel in the late 50s and the 1960s, India in 1974, Pakistan in the 1980s, South Africa in the late 1970s and 1980s, Iraq (twice) in the 1980s, India (second time) in 1998, and Iran today.

While originally inspired by the moral puzzles and paradoxes of living under the shadow of the bomb—the moral structure of nuclear deterrence known as Mutual Assured Destruction—much of Cohen’s work has focused on Israel’s nuclear history against the broader domestic and external aspects of the Arab-Israeli conflict. Dr. Cohen also maintains an on-going and broad interest in understanding the nuclear age as a whole: the relationships between the international and the national aspects of nuclear history; the interactions between technology and politics; the nexus of nuclear weapons, secrecy and democratic governance; civilian activism versus academic reflection; and the role of intelligence and espionage in the nuclear age.

Dr. Cohen has been teaching at the Institute since 2011.

In addition, he published dozens of professional journals, book chapters, as well as op-eds.