Nine students from the Monterey Initiative for Russian Studies (MIR) and the James Martin Center for Nonproliferation Studies (CNS) recently traveled to Harvard University to participate in the immersive global crisis exercise, “Red Horizon: Force and Diplomacy in Eurasia.” The three-day simulation was hosted by The Negotiation Task Force (NTF) at the Davis Center for Russian and Eurasian Studies, which spearheads negotiation research, analysis, and training for security challenges and conflict management concerning the Eurasian and Euro-Atlantic regions. Red Horizon 2019, which took place from November 30 through December 2, hosted over 70 participants, including senior officials from foreign ministries, the US military and government, as well as Harvard affiliates, allowing experienced and rising specialists on security to work together and challenge their negotiation and diplomacy skills.

The exercise simulated the unexpected collapse of the North Korean government. Chinese military forces then swept in quickly to stabilize the region. The events put the US government and its allies in Europe, NATO forces, and Russia on high alert. Participants were challenged to use calculated deliberation, decision-making, and statecraft as part of a specialized government or military profile they were assigned to play on one of four teams: Russia, the US, China, or NATO. Experts from the NTF wrapped up the event with a debrief led by Davis Center experts.

Student Alexey Polyakov was assigned the to the role of Head of the Administration of the President of Russia. “I represented the President in private conversations with Russian political and military officials and, therefore, had the whole picture of what was going on, which allowed me to assess other people’s motives and advise the president on better solutions,” said Polyakov. “I had no actual power to make any policy action, but I could influence anyone’s decision by being closely associated with the president.”

Other assigned roles included those of high-profile military leaders. Ana-Maria Musteata served as Colonel General, Director of the Main Military Intelligence Directorate in Russia (GRU). “My main task,” said Musteata, “was to keep the president, the Minister of Defense, and the Chief of the General Staff of Russian Armed Forces informed … It was a fascinating experience, and I believed it portrayed, as accurate as a simulation exercise could, what would be the current state of affairs in such a crisis.”

For MIR students, simulating US-Russian collaboration towards counter-terrorism endeavors under pressure was one of the most invaluable components of the simulation. NTF Coordinator Taylor Valley observed a turning point during the game’s final session of the UN Security Council. “… Russia decided to support a resolution sponsored by European countries along with the US. This action, ultimately, left the Chinese government isolated on the Security Council. This tension between geopolitical realities and international law and diplomacy further underscores the difficulty of a government’s ability to integrate all elements of statecraft in order to advance one coherent strategy.”

Student Vladislav Chernavskikh, who played Commander of the Northern Fleet of the Russian Navy during the simulation, appreciated the unique approach of Red Horizon. “Since national security, strategic stability, and military affairs are areas of academic interest for me, I found looking at them from this new unusual perspective refreshing and useful. Lectures on negotiation skills and the debriefing after the exercise were also very interesting. I’ve learned a lot about negotiating.” Other MIR participants included: Jeremy Faust, Alina Kazakovtceva, Jakob Lengacher, David Mnitsa, and Jaewon Oh. MIR and CNS directors and students look forward to future work and collaboration with the NTF team. 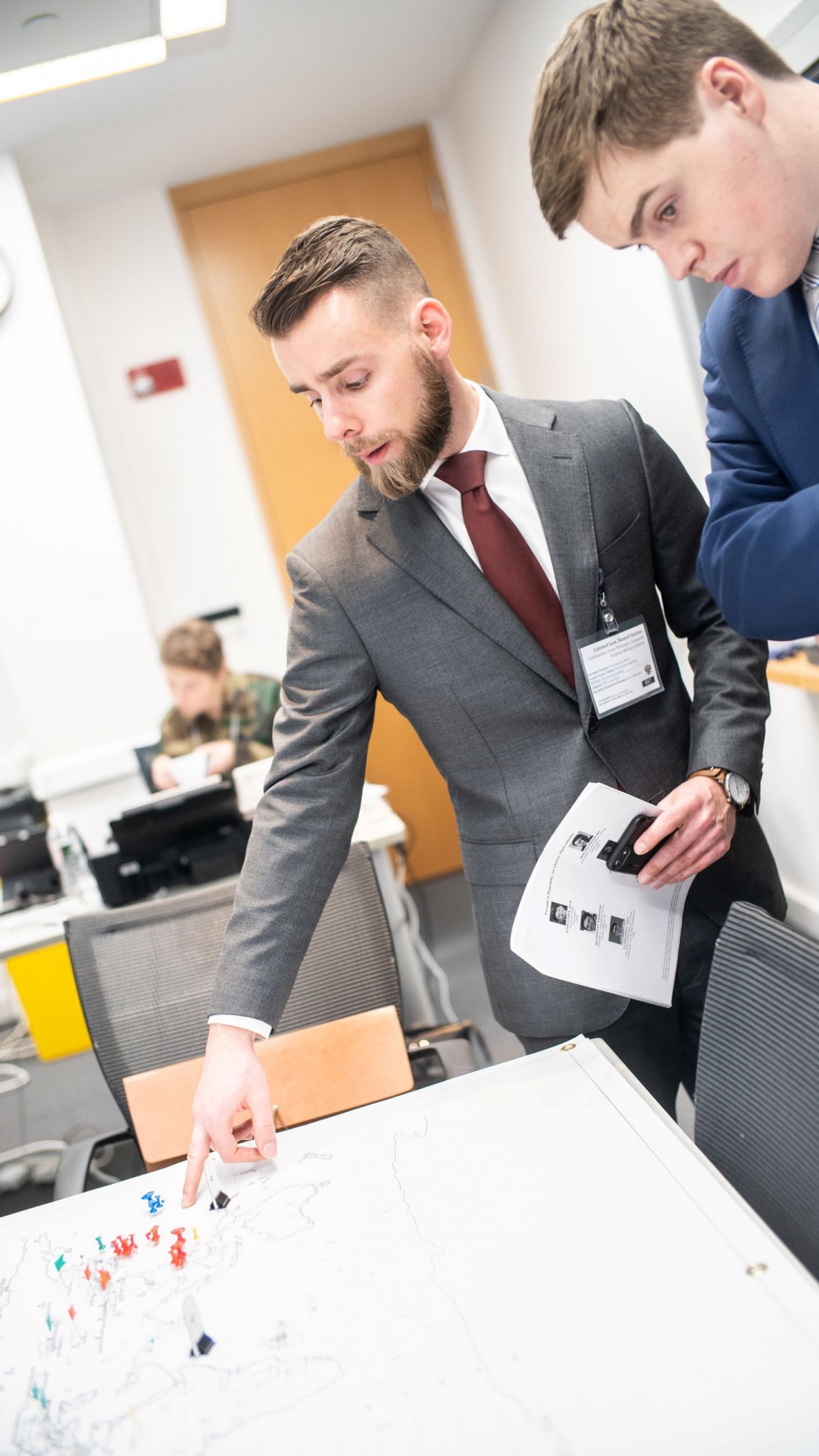 Students participate in the Red Horizon exercise at Harvard University

Students participate in the Red Horizon exercise at Harvard University