A part of a semester-long seminar on East Asia’s foreign policy, trade, and security issues, the trip allowed the students to conduct field research into a variety of topics related to their interests, including immigration in China and Japan, Official Development Assistance (ODA) and Foreign Direct Investment (FDI) by these two countries, their bilateral relations and relationship with Russia, and their industrial policies, as well as emerging regional initiatives, national and human security, and implications for the far-flung regions of Latin America and Central Asia.

The group members also took advantage of the expertise available on the ground as they met with government officials, university professors, think-tank researchers, other local experts, and civil-society group representatives. Students enjoyed lectures by renowned scholars and practitioners including Joseph Stiglitz and Justin Lin and roundtable discussions with graduate students at several universities. While not immersed in their research, the students enjoyed visiting some historical and cultural sites in the two capital cities. “If I had to choose my favorite from the multitude of fulfilling meetings, it would have to be the trip to METI (Ministry of Economy, Trade and Industry) in Tokyo,” shares Benjamin Wollam MAITED ‘20. “The Principal Deputy Director of the Multilateral Trade System Department was able to answer questions directly relevant to my Trade Negotiation Simulation class, as well as speaking to Japan’s dealings with the EU and US to attempt reform of the World Trade Organization.” 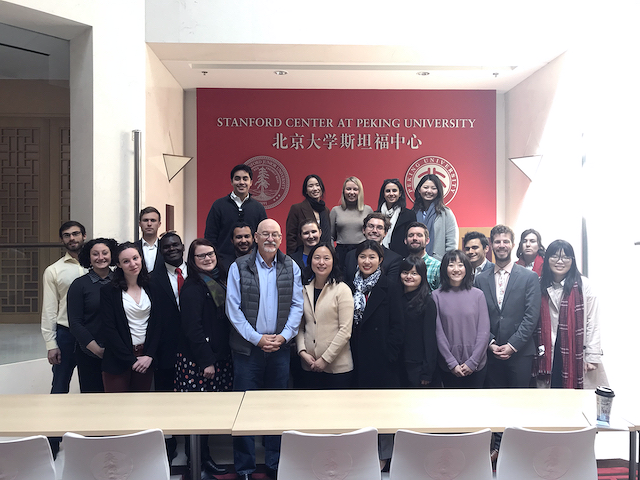 The students are now furthering their research and preparing final research papers. Those who are focused on Japan or comparing Japan and China just had an extra bonus meeting with the Japanese consul-general and consul in San Francisco who recently visited the Institute. Four students from the Translation and Interpretation degree program joined the trip to provide consecutive and simultaneous interpretation services for students and speakers, Rong Shi MACI ’19 (Chinese) and Tiffany Sheen MATI ’19 (Chinese) and Erika Egner MATLM ’19 (Japanese) and Masako Fukutani MATI ’19 (Japanese).