The students are sophomores and juniors, with majors ranging from Economics to Environmental Justice, Anthropology to Conservation Biology.  They arrived in Monterey the first week of January, 2022, settling into the newly constructed Munras Residence Hall after running a gauntlet of Covid testing.  Over the course of the four-week January term and the 15-week spring semester, the students’ program will consist of:

Monterey, California is home to an incredible diversity of species, both marine and terrestrial, and is home to a dense concentration of marine research institutions.  The deep water canyon just offshore (roughly 2x the size of the Grand Canyon) in the Monterey Bay National Marine Sanctuary, and the mild Mediterranean-type ecosystem, with its characteristic mild and wet winters, warm and dry summers, mean a level of trophic (food web) and climatic stability that is rare on planet earth.  When that stable system gets out of balance, the place itself can be a teacher.  From the near extinction of the southern sea otter in the late 1800s which led to the collapse of the kelp forests, to the sardine fisheries collapse of the late 1940s and subsequent economic turmoil, to the missing Monarch butterflies last winter, Monterey does not lack for place-based examples of environmental changes.

The first two weeks of January were heavy with field trips, as the students got a sense of the land around them, and the environmental, social, and climate history of Monterey County.   Tours included a bird’s eye view from Monterey’s highest point, Jack’s Peak Regional Park, then the world-famous Point Lobos State Park, as well as a walk along the coastal recreation trail with a naturalist.

They began their course entitled, “Monterey Stories: Climate, Culture, & Canneries,”  taught by Professor Dan Brayton.  His J-term course explored the intersecting environmental and cultural histories of the Monterey Peninsula and its environs by examining the relationships between climate, biophysical environment, and human civilization at key stages of the region’s modern development. 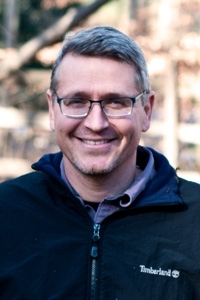 The students read John Steinbeck’s novel Cannery Row, and toured the Pacific Biological Laboratory. The lab played a pivotal role in the life and work of marine biologist Ed Ricketts, friend and collaborator of Steinbeck. The students also toured the Monterey Bay Aquarium, with a special “behind the scenes tour,” that highlighted how the Aquarium works, including using elements of the original Hovden/Portola Cannery. 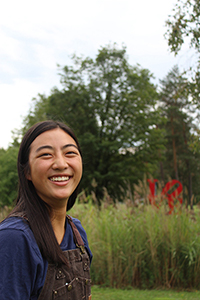 The students also read Connie Chiang’s historical study Shaping the Shoreline: Fisheries and Tourism on the Monterey Coast, which examines the tensions between the “leisure class” and the “working class” in Monterey’s history, and gives examples of pollution and extraction from both the fishing and tourism industries.  Her book does not shy away from the brutality and discrimination in Monterey’s past with the treatment of various immigrant groups, most notably the Chinese.  Touring the Pacific Grove Natural History Museum, with its beautiful model of the Chinese fishing village that was burned down in a mysterious fire in 1906, contextualized with propaganda posters of the era that demonized Chinese workers, brought the issue of environmental justice into strong relief.

The students had an in-depth lecture from a volunteer master naturalist on the plight of the monarch butterfly at the Pacific Grove Monarch Sanctuary, learning that their numbers went from 1.8 million for the state in the first census counts of the 1980s, to less than 2000 in 2020. Last winter, none were counted at the Monarch Sanctuary, for the first time since counting started.  Currently the park’s count is up to 7756, but the issue of the monarch’s decline is one of great concern.  Climate and human related pressures were further explored at the Elkhorn Slough National Estuarine Research Reserve, where a detailed discussion of how the state, federal, and local agencies that manage the slough cooperate to restore and manage the delicate balance of land, sea, plants, animals and birds.  We saw many birds overwintering in the slough.

In addition to the dedicated January term class and field studies, the students were able to join Dr. Kristina Gjerde’s intensive class on International Marine Law, hearing from speakers who detailed how the “sausage gets made” at the Intergovernmental Panel on Climate Change (IPCC) and Conference of the Parties (COP26) in regards to climate change.  Dr. Gjerde is herself part of the negotiations for laws that will come into play to govern the high seas.   She brought in well respected, expert speakers who presented innovative solutions in marine management include adaptive MPA’s.   At the end of her course, her students and the undergraduates held a joint celebration on the beach.   At the beach bonfire, conversations with the guest speakers, alumni, and students led to further connections and inspiration.  That is the beauty of MIIS—internationally recognized experts teaching highly motivated students in a gorgeous natural setting. 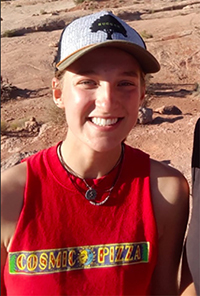 Wrapping up the last two weeks of the program, the students had guest lectures with Dr. Jason Scorse, Director of the Center for the Blue Economy and Chair of the International Environmental Policy master’s program, as well as Dr. Rich Wolfson, Benjamin F. Wissler Professor of Physics at Middlebury College, where he also teaches in the Environmental Studies Program.    Dr. Scorse discussed his professional journey as a lifelong environmentalist and vegan towards economics, founding the Center for the Blue Economy, and the CBE’s recent work in political advocacy.  Dr. Wolfson gave a phenomenal lecture entitled, “Climate Science: The Basics,” and further invited the students to join the lecture portion of his class at MIIS, “Foundations of Climate Science.”  The final week of January also holds the MIIS new student orientation, and a visit from Provost Jeff Cason.

Students are enrolling in coursework for the spring term at MIIS and neighboring Cal State Monterey Bay, with whom MIIS has an academic exchange agreement.  At MIIS, their coursework will include classes such as “Applied Conservation Science and Policy,” with Professor Jeff Langholz, “Governing the Global Commons,” with Professor Lyuba Zarsky, “Sustainable Cities,” with Professor Fernando DePaolis.  Additionally, “Just Transition:  The Eighth Fire,” with Winona La Duke, “Environmentalists Survival Guide,” with Casson Trenor, and “GIS-Geographic Information System,” with Monica Galligan.  More field trips and guest lectures are in the works:  speakers from the Esselen First Nation of Monterey, visits to see the elephant seals, the redwoods, and Big Sur.  It looks to be a very promising start to the inaugural Middlebury Climate Change Semester! 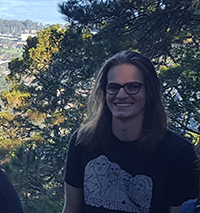 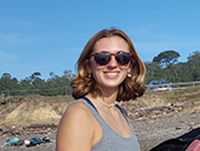 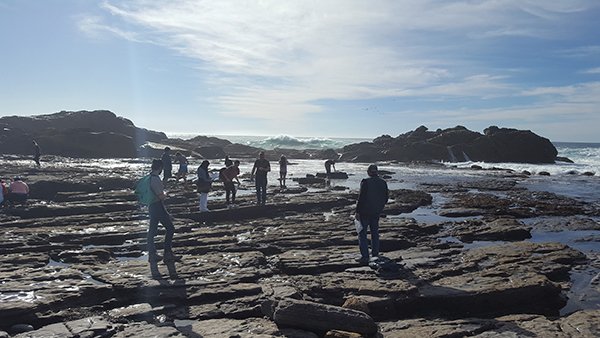