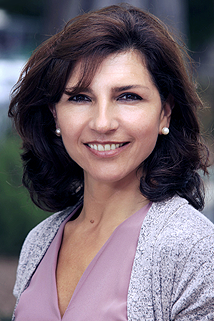 Pursuing her passion for languages and foreign cultures, Iglesias Barca studied English Philology at the University of Santiago de Compostela, Galicia (Northwestern Spain) from which she received a “Licenciatura” (five-year degree). She then moved to Oxford, U.K. where she worked as a translator for i-Tech Translations and taught Spanish for University of Oxford’s St. Anne’s College. Her interest in the study of language and grammar led her to pursue a master’s degree in Linguistics at Reading University. Fruit of her research at Reading University was her Master’s dissertation on Null Subject Romance Languages. She was invited to present her thesis at the University of Oxford’s 4th International Conference on Galician Studies in 1994.

Washington, D.C. metropolitan area was her next international adventure, where she taught Spanish and served as the liaison officer for Howard School of Continuing Education in Silver Spring, MD. Two years later, she accepted a position as a lecturer in Spanish at Penn State University, PA, where she worked until she moved to California in 2001. Since then, she has taught at Monterey Peninsula College, Santa Catalina High School, the Panetta Institute, the Monterey County Herald, the International School of Monterey, All Saint’s Episcopal School, the Institute’s Custom Language Services, and finally as a faculty member at the Institute.

Professor Iglesias Barca is passionate about teaching and is interested in developing methods to improve content-based instruction in second language education. She has designed and developed courses on a wide variety of topics related to the environment and sustainable development, social justice, and contemporary language and culture in the Spanish speaking world. Her most recent research has dealt with the integration of technology in the classroom; exploring ways to improve and maximize language proficiency through digital debates and digital diaries. She has offered talks and workshops on content-based instruction methodology and curriculum design. Most recently, she presented her findings on the use of digital debates for language learning in content-based instruction courses at a workshop on Digital Language Learning hosted by Middlebury College.

Professor Iglesias Barca has been teaching at the Institute since 2012.